Peter Beckamnn founded Beckmann's Old World Bakery November 1985. He's the son of a craftsman family and apprenticed in bread making at Mantei Bakery in Heidelberg, Germany. After moving to the United States in 1982, he had a longing for the traditional bread of his home country. In 1989, the Loma Prieta earthquake forced a relocation to their current location in the Seabright Station Cannery. The move allowed for increased production space and a new capacity for growth.

At the time of their 25th anniversary in November 2010, they employed 120 local residents and delivered approximately 14,000 fresh, high-quality, natural artisan breads to Northern California grocery stores. They have a farmers' market division servicing 48 markets per week selling their bread as well as their fabulous cookies, pies, and pastries. They bake with passion to offer you high-quality natural products for your enjoyment and nourishment. 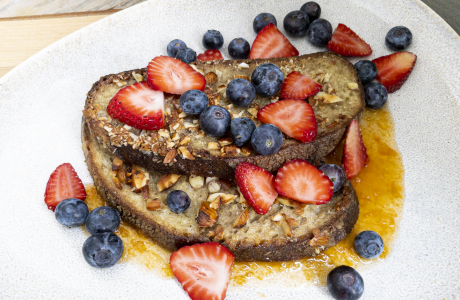