In 1955 William Pacheco founded the Pacheco Dairy in Bodega Bay. The enterprise later relocated to Petaluma in 1969 and is now run by his son, Jim, his wife Donna, and their four children. In 1997 they sold their cows and bought dairy goats. The "girls," as the goats are called, are able to graze pasture all year long on 290 acres. Their diet is supplemented with alfalfa and brewer's grain from the local breweries which gives their cheeses a distinct flavor. Along with the goats, they also have Jersey cows, beef cows, horses, pigs, sheep, and chickens. Their cheeses include Capricious, Broncha, Feta, and cheese curds.

Connecting with the customer and offering advice on how to serve their cheese is their way of thanking them for purchasing what they think is a select group of cheeses - award-winning cheeses as a matter of fact! 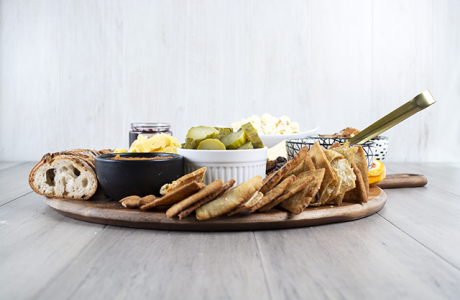